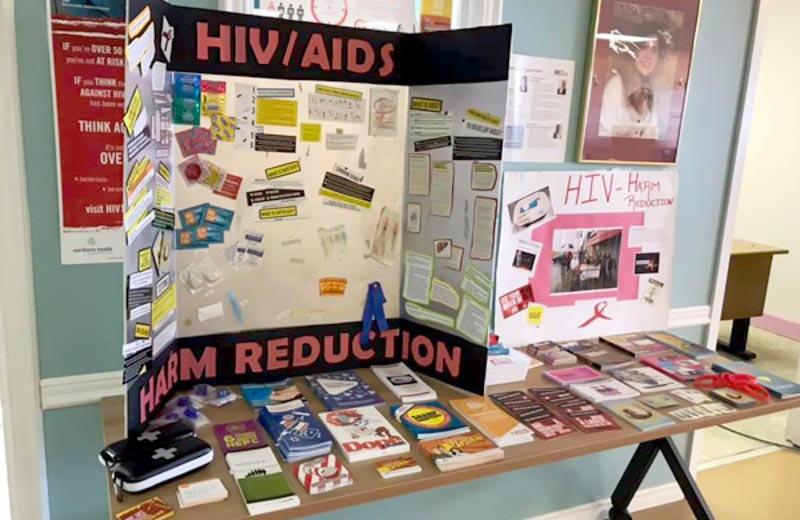 Language is a powerful thing. It connects to who we are and how we see ourselves. So, when someone takes the time to reach out in your own language, instead of expecting you to understand theirs, it makes a difference.

For the past five years, the community of Fort Nelson has held an HIV Awareness Week. For the most recent one, held the week of April 29, 2019, they decided to mark the occasion by doing something special for the Indigenous members of their community.

Working together with the Fort Nelson Aboriginal Friendship Society, they translated their yearly presentation on HIV into Dené, the most prominent Indigenous language in the area.

Fort Nelson, located in Northeastern BC, has a large Indigenous population: Roughly 14% of the population identify as Indigenous.

“This event is important in Northern BC, especially in our very isolated towns,” says Jennifer. “Indigenous people have a higher prevalence of HIV … and they aren’t getting that information. We’re trying to bring people up to date.”

This lack of information was the reason Jennifer and her team put in the time and effort to translate the presentation. She wants to ensure that they aren’t left out of the conversation. She hopes to do even more next year by translating the presentation into another Indigenous language.

HIV isn’t something that people usually get excited about, but for Fort Nelson, the event has become something to look forward to. Jennifer estimates that attendance has quadrupled since the initial event five years ago. She hopes that with continued outreach to the Indigenous communities in the area, attendance will continue to grow.

“So many people attend and we’ve come full circle, from where people weren’t talking about sex, to now having condom races at the fire department! It’s becoming normal conversation.”

For Jennifer, this is what it’s all about: to make conversations about topics such as HIV, sex, sexual orientation, and addiction less painful for people to talk about, and to make them part of everyday conversation.

“I want it to be a regular thing. I want continual education and training available all the time. It shouldn’t be a big deal.”

Mark is the Communications Advisor, Medical Affairs at Northern Health. He was raised in Prince George, and has earned degrees from UNBC (International Business) and Thompson Rivers University (…