The end game: What are your bold new ideas to reduce the harmful and costly effects of tobacco use? 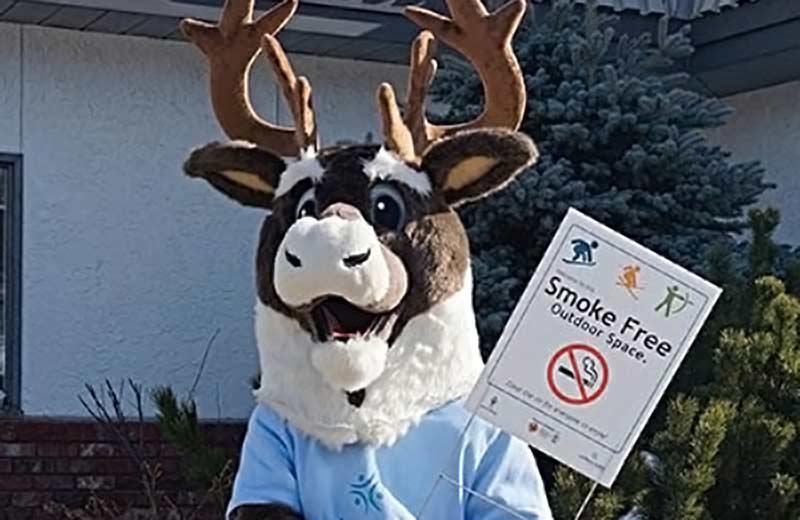 The 2015 Canada Winter Games in Prince George were smoke-free! What are your bold ideas to contribute to tobacco-free communities?

You probably have a friend or family member who has experienced one or more of the debilitating diseases caused by smoking or chewing tobacco.

Tobacco use* remains the leading cause of premature death in Canada and kills over 37,000 Canadians every year. Tobacco kills half the people who use it and is also harmful to the people breathing second-hand smoke.

Although there has been a significant reduction in tobacco use over the last several decades, 15 per cent of Canadians still smoke. In our northern communities, the rate is over 20 per cent. Even though everyone knows that smoking or chewing tobacco hurts our bodies, over 100,000 Canadians start smoking daily every year. Most of these are youth.

We need a bold, new approach to reduce the use of this deadly product!

In partnership with all Canadians, the Government of Canada has set a goal to reduce the rate of tobacco use to five per cent by 2035. You can help make this happen! Is there something that you can do in your community to help youth stay tobacco-free or to help current tobacco users reduce or quit? Let the government know!

The Federal Tobacco Control Strategy ends March 2018. The Government of Canada is seeking input from interested Canadians to plan a new approach to radically reduce the use of tobacco in our country. Provide your feedback on the future of tobacco control in Canada. You can provide feedback by email or mail. Feedback must be received by April 13, 2017.

Contribute to helping Canadians to lead healthier, tobacco-free lives! Take part in the consultations on the future of tobacco control in Canada.

Being a patient partner at Northern Health: John Grogan’s story

What do you do for your mental health?

Wearing masks: Why some people wear them and others do not